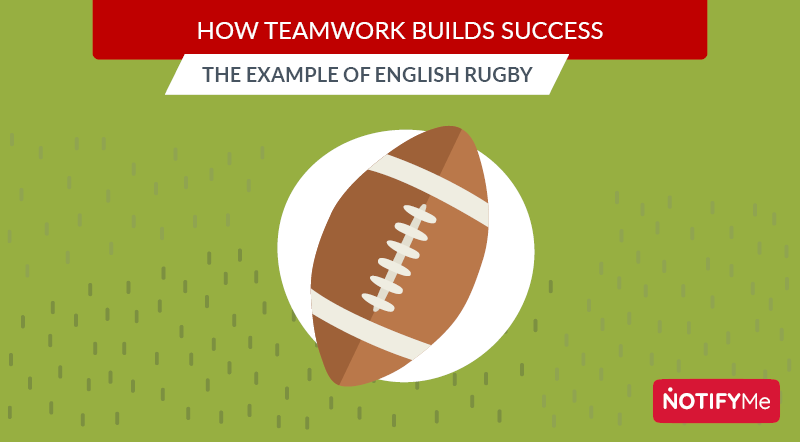 Businesses and organizations need to develop their own paths, clearly defined by realistic objectives and an overall vision because, after all, there is no ‘one size fits all’ strategy to success. The leaders of any organization need to develop a profound understanding of their own people and the way in which they work.

One of the easiest to understand ways of doing this is through teamwork. Let’s have a look at how people in the sport and business of rugby in England achieve success.

Saracens are the current Premiership Rugby and European Cup champions. They are one of the dominant forces in club rugby union.

Their Chairman, Nigel Wray, speaking to the Financial Times said, “What matters more,” Wray said
“is understanding what created that success, and sticking to it when you aren’t successful – taking the long view, having continuity, caring about people.”

“Businesses generally don’t understand ‘team’ at all,” Wray continued. “And for years, I didn’t either. So this has been one of the greatest learning lessons of my life. Today, in business or in rugby, I have no interest in anything short-term. I just want to work with people who want to build something. That should be the point with companies, too.”

When a team or a business knows what it is working for, its members will work together, but they will also work in service of something that is going to survive beyond them.

Talented people are drawn together and smarter companies make the most of that. At Saracens, Academy players eat meals with the first XV. Players take holidays together and take part in group exercises to understand each other better as people. 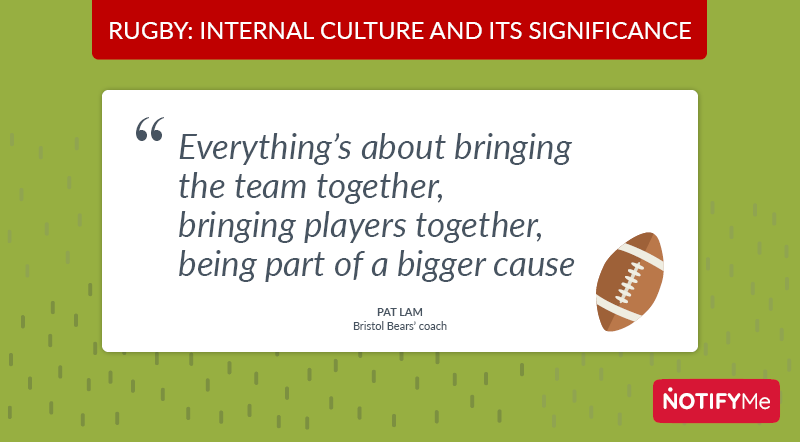 Internal culture and its significance

In 2019 the Bristol Bears became the first newly promoted side since 2015/16 to escape immediate relegation. But head coach Pat Lam has his sights on a longer-term objective: becoming an established European rugby power. That means keeping the best young players within the club’s Academy together.

That effort will be financially backed by owner Steve Lansdown but it is clear to Lam that unity is fundamental.

“Everything’s about bringing the team together, bringing players together, being part of a bigger cause.”

Over a term of five to seven years, a successful leader is really a custodian, animating a group with new ideas while defending deeper-held principles and needs.

Companies with a strong internal culture are also better at fostering the kind of change they need to meet the challenges ahead.

The Boston Consulting Group published a report in January 2018 that found that more diverse companies are more successful; those with diverse management teams have 19% higher revenue thanks to the innovation that springs from drawing on different perspectives.

Diversity can be successfully developed by introducing people from a range of backgrounds at all levels. When newcomers meet leaders who know their company’s story – like Exeter Chiefs director of rugby Rob Baxter, a former player and head coach who has followed the team from the lower divisions – then their overall contribution will probably be more positive.

Getting to know people is about more than just knowing them in the working environment. Greater awareness of how people work can come from different contexts. At NotifyMe we find that sport is one of the easier situations for people to relate to. We hope that this gives you a wider perspective on understanding people and how they work together. We’d love to hear about how people collaborate in your specific environment!

Learn how NotifyMe can help you streamline your inspection and NOI management
and improve the collaboration with your supply chain.

Any questions about NotifyMe? Get in touch with one of our experts.

We help companies to collaborate  more efficiently with their supply chain  through process digitalization.

is a company of the